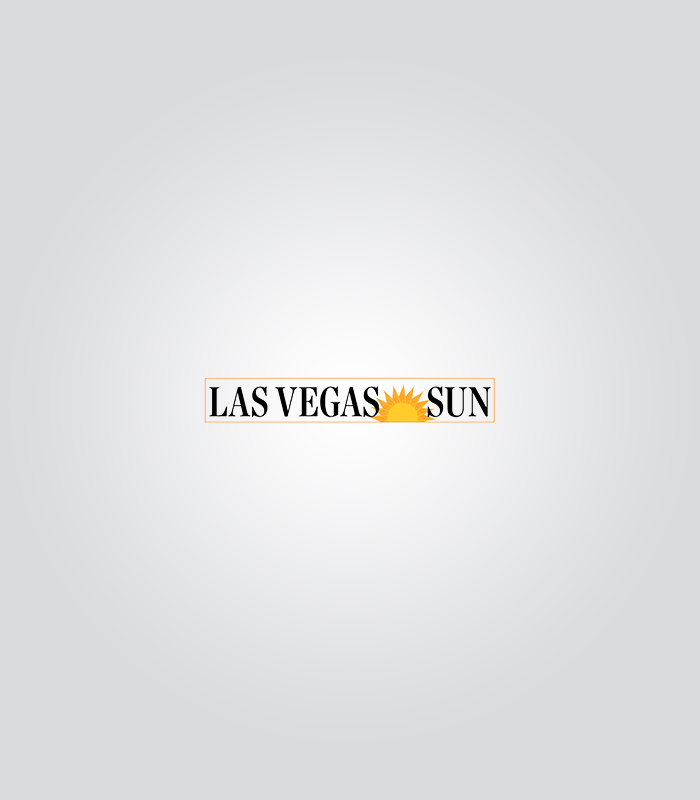 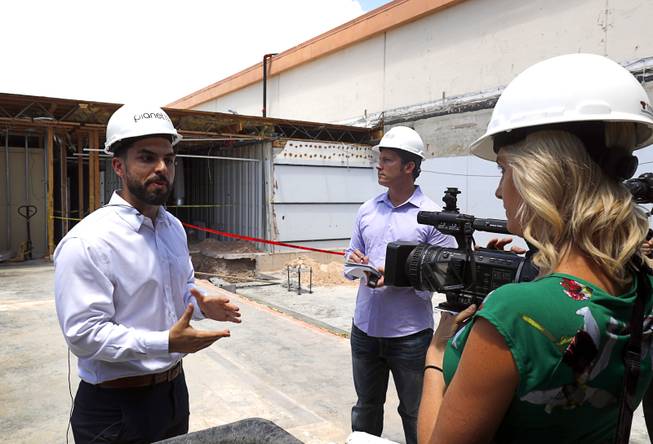 David Farris, Planet 13 director of marketing, gives a tour near the future Planet 13 entrance during a news conference for the Planet 13 Superstore dispensary, a cannabis entertainment complex, under construction on Desert Inn Road near the Strip Thursday, July 19, 2018. Phase 1, expected to be completed in November, will include an interactive entertainment space and more than 16,500 square feet of retail space. 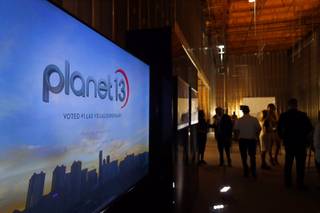 A proposed marijuana mega-dispensary just a block off the Strip will also feature an entertainment experience with typical Las Vegas flair, its CEO said Thursday.

Planet 13, a Las Vegas Valley-based marijuana company, announced Thursday it’s opening a 16,500-square-foot dispensary and entertainment venue on the corner of West Desert Inn and Industrial roads, on Nov. 1. The dispensary, which also features a laser graffiti wall, gigantic drone “orb” balls floating across the venue and an LED-light floor sensor that activates with the movement of customers’ feet, would be the largest dispensary in Nevada if the under-construction building opens as planned.

“Are we over the top? Maybe a little bit,” Planet 13 CEO Bob Groesbeck said. “But this is Las Vegas after all.”

The dispensary, scheduled to have 700 square feet more retail space than Nuwu Cannabis Marketplace located on tribal land near downtown Las Vegas, will have over a dozen 15-foot-tall LED lotus flowers on the roof that can be controlled by customers. The entire facility, including office space for the venue’s estimated 100 employees, will cover 120,000 square feet.

Among politicians in attendance at Thursday’s preview of the new facility included Steve Sisolak, the Democratic candidate for Nevada governor, as well as state Sen. Tick Segerblom and Las Vegas Councilwoman Michele Fiore. The politicians, as well as a representative of U.S. Rep. Dina Titus, touted the dispensary as a cultural and economic catalyst for the future of Southern Nevada.

“We want Las Vegas to be the cannabis capital of the world,” Segerblom said. “And this is the start of it.”

Largest dispensary on the planet planned for Las Vegas